Cyprus is an island divided in to two halves, the North and the South sides. The Northern side is Turkish and the southern side is Greek. The island is separated by the green line that runs through the capital city, Nicosia. The green line is a demilitarised zone maintained by the United Nations. Nicosia (Turkish: Lefkosa, Greek: Lefkosia) is the capital of Cyprus and is currently the only divided capital in the world.

Cyprus has a very long history that goes back more than 9000 years. The island has many historical sites to visit so the islands history can be fully appreciated by the visitor. Cyprus is the third largest island situated in the north eastern corner of the Mediterranean Sea. The geography of North Cyprus is characterised by mountains, plains and beaches. 25% of the Green Turtles of the Mediterranean visit Cyprus to lay their eggs during the months of July and August.

While in visiting Cyprus, you will need transportation to get around. There are bus and taxi services and many good car hire companies. There are many interesting cities to visit in Cyprus with fascinating history and many beautiful sites.

Cyprus has a very high standard of health and medical services. Hospitals, private clinics and medical centers are equipped with the latest facilities. Most places have English speaking doctors. 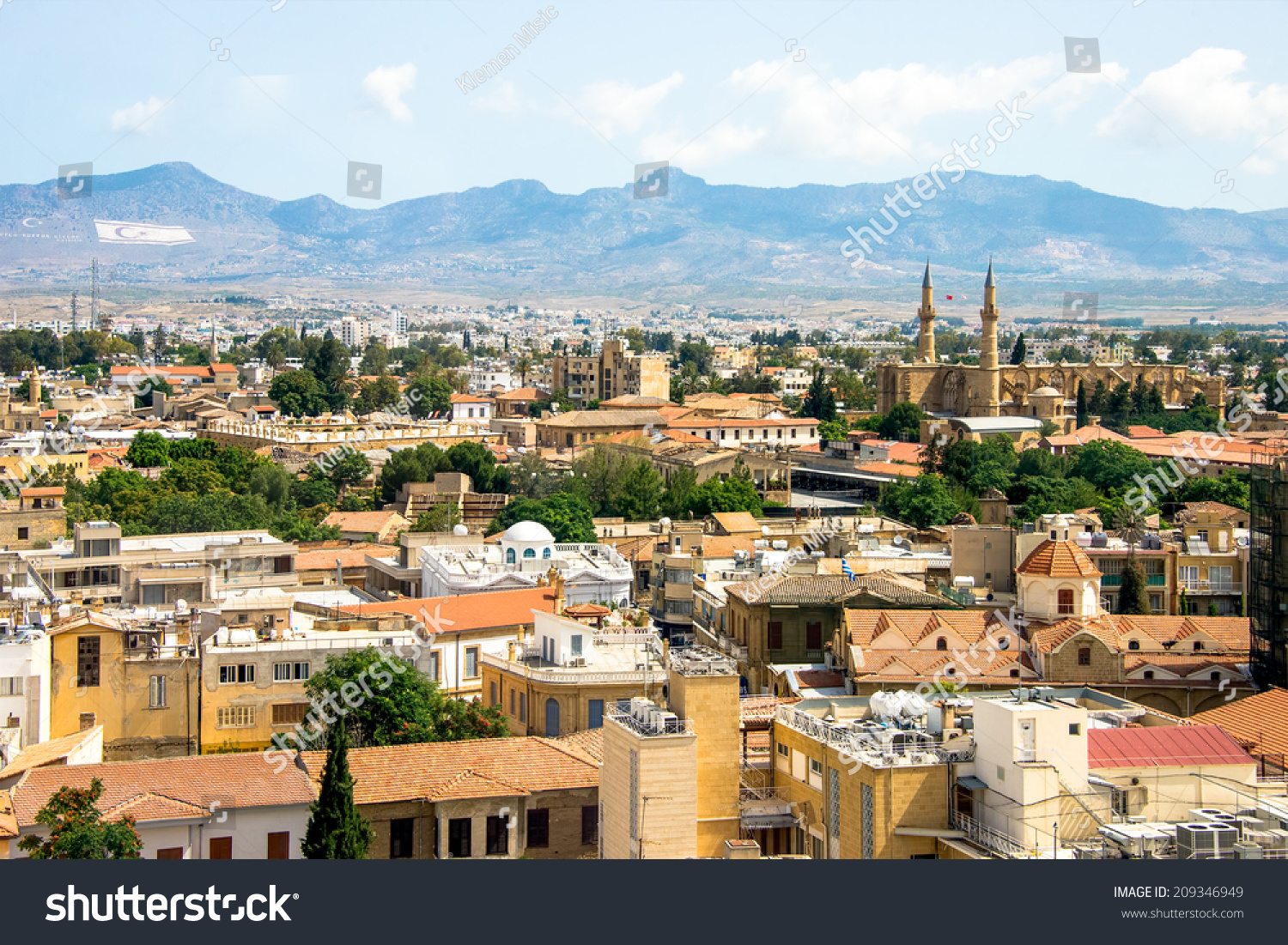 Northern Cyprus benefits from a Mediterranean climate boasting sunshine for most of the year. Temperatures averaging 30+ degrees in the summer and warm and pleasant in the spring and autumn.

St. Hilarion Castle, The Harbour Castle in Kyrenia which houses the shipwreck museum are worth a visit. Bellapais Abbey with its wonderful views and restaurants (well worth a visit both day and night)! The harbour at night is wonderful with its many fish restaurants, bars and cafes. You can if you wish visit the night clubs and casinos situated in the larger hotels. Taxi fares are very cheap so no need to take the car.

In Kyrenia harbour the Turtle Watch Project Office will give you information on the beaches to visit when the turtles lay their eggs. 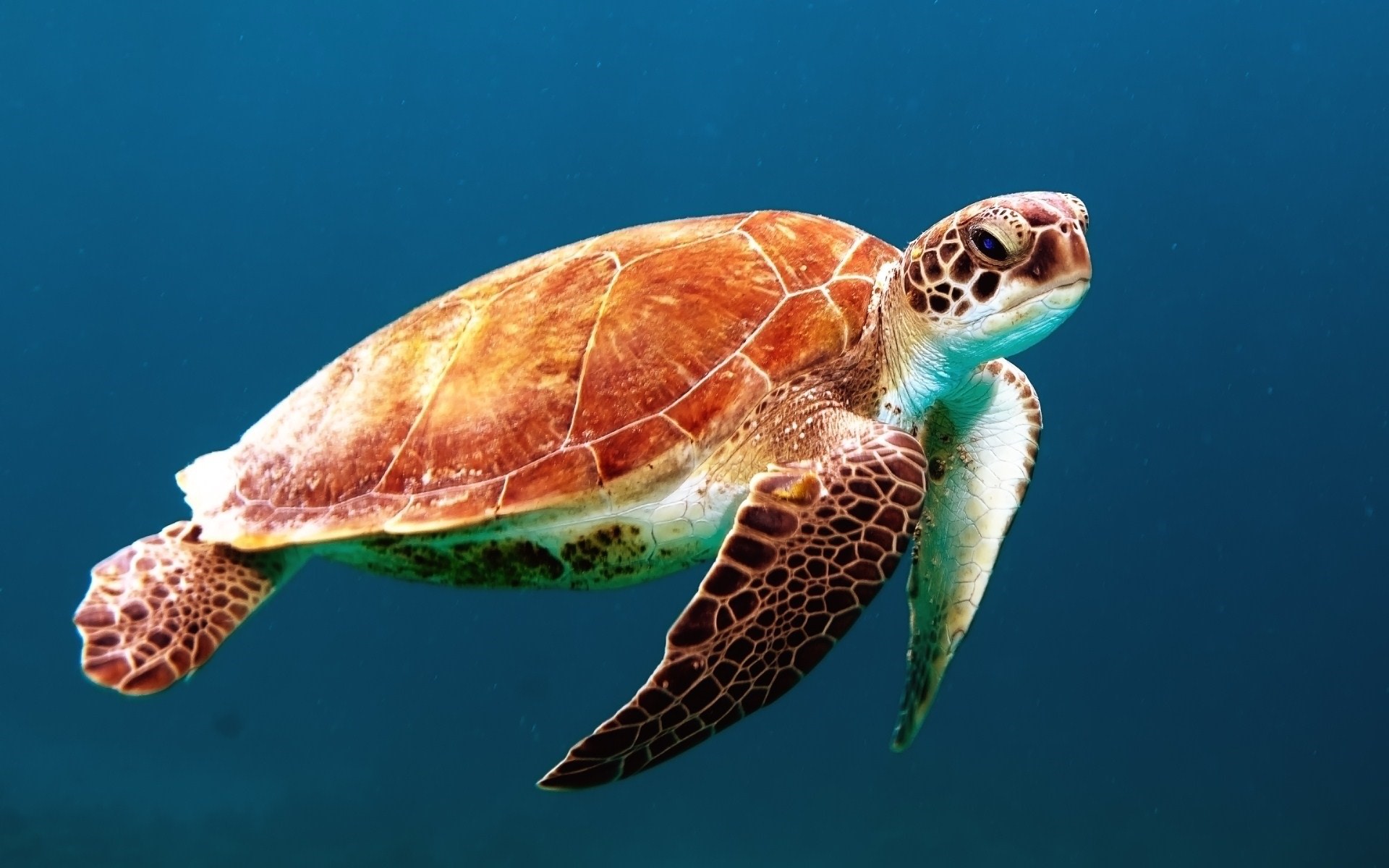 Situated just 3 miles East of Kyrenia, Ozankoy is one of the prettiest villages in Northern Cyprus and is home to a small but truly multi national population! The residents of the village, which was previously called Kazaphani, have been drawn by the attraction of the peace and tranquillity of Ozankoy’s setting, the beautiful and preserved natural environment around the village and the friendly welcoming nature of the local Turkish Cypriot people. The village itself is interwoven with olive, carob and lemon trees for which the area around Ozankoy is famous.

The village has a number of restaurants and local shops and is less than a mile from a larger supermarket (Lemar) where you can obtain all your essentials.

The local beach is less than 5 minutes by car and has all facilities. Pleasant, secluded cove and not crowded!

From our villa, less than 5 mins walk, you can use the bar at Tropicana or the 5 Finger Bungalow bar and restaurant.

Kyrenia (Girne) is the most famous and popular town in North Cyprus, it’s also where all visitors to the island are naturally drawn.

The town is built around the pretty horseshoe shaped harbour along which you’ll find many bars and restaurants and dominating which is the immense Byzantine castle.

The town sprawls out from the harbour and is home to a number of interesting museums and galleries, as well as being a hub for local tradesmen. The old town is located behind the harbour and if you wander along the rambling narrow streets you’ll come to small secret shops, cafes and restaurants some with tiny courtyards all tucked away in the shade of the buildings.

Paragliding can be booked at Kyrenia harbour. 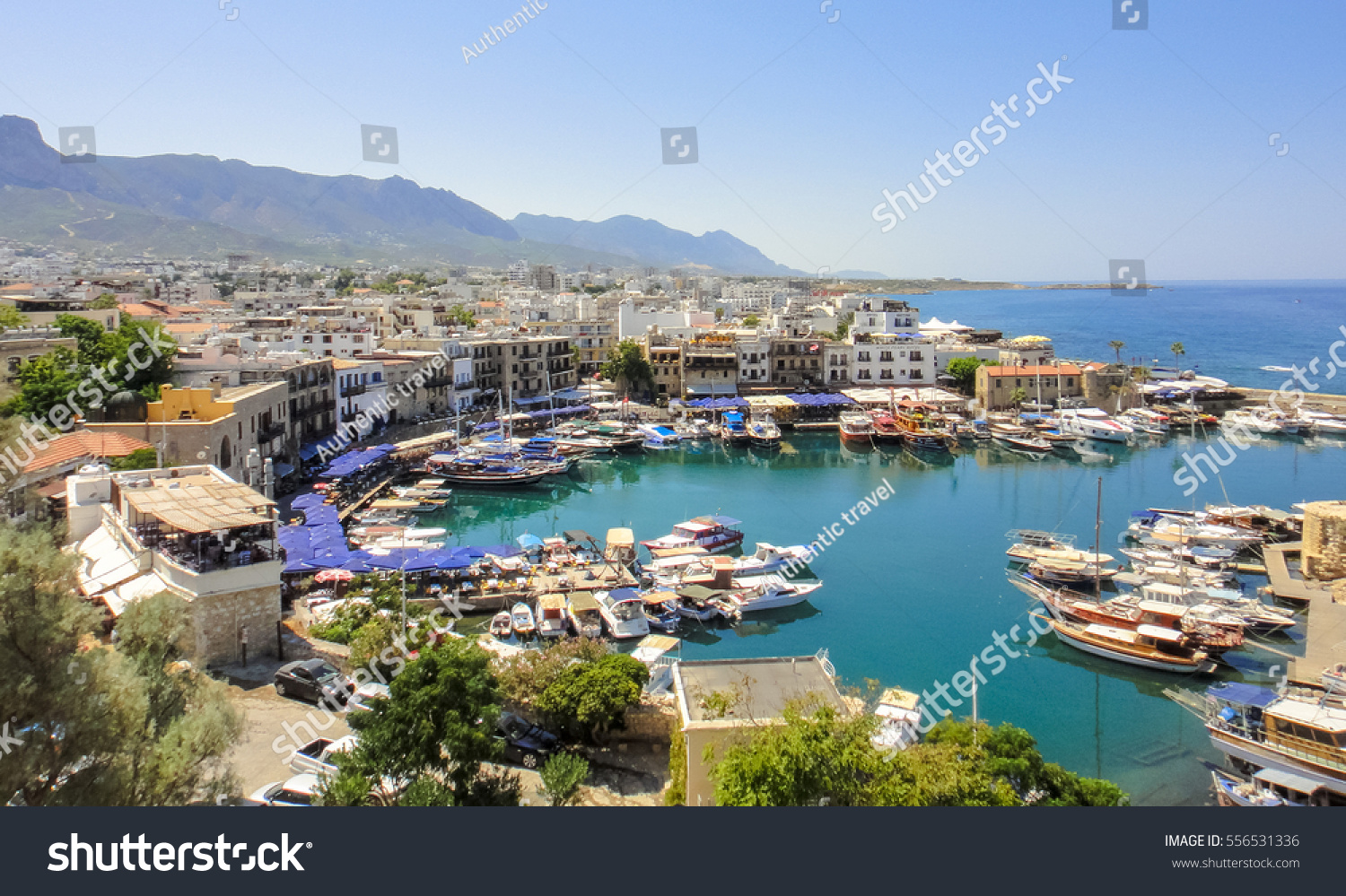 Nicosia (Turkish: Lefkosa, Greek: Lefkosia) is the capital of Cyprus. Nicosia is the centre of the administrative district, and currently the only divided capital in the world, with the northern Turkish and southern Greek portions divided by a “Green line”; a demilitarised zone maintained by the United Nations.

The city went through major development during the Venetian’s rule as they built huge, thick ramparts around the city. Nicosia (Lefkosia) was fortified with imposing stone walls and massive gates.The walls are three and half miles long and have eleven towers and three gates.

The famous Famagusta Gate still stands today, proudly protecting the still-ancient town within from the modern city outside. During the Ottoman era the city saw prosperity which is still visible by Gothic architecture of Selimiye Mosque, the Bedestan, the Arab Ahmat Mosque, and the Great Han Inn to name a few.

The central Eleftheria Square links old Nicosia with the elegant modern city that has grown up outside the walls, where hotels, offices restaurants and gardens blend happily with the fine old houses and colonial buildings of this cosmopolitan city. There are many things to do in Nicosia.

The Turkish name for Famagusta is Gazimagusa or Magusa and the town, located on the far East coast of Cyprus, has experienced extremes of fortune throughout its long and fascinating history. Today visitors to Famagusta’s old town will be struck by how ramshackle and ruined it appears and yet it was once the most lavish and rich city in the Eastern Mediterranean.

To understand the Famagusta of today it is important to look into its past…in the 3rd century BC the town was founded by the Egyptians and it was indeed a town of some significance. It wasn’t until around 1291 that the town became particularly prosperous…following an influx of Christian refugees from the Holy Land the town benefited from the demographic lift and grew to become the most wealthy and successful city in the Eastern Mediterranean.

Famagusta’s recent history is equally as turbulent. During the 1960s and 1970s the town was a booming tourist town; it was one of the most desirable destinations in Cyprus and in fact on the Mediterranean. Following the conflict in 1974 the town’s tourist industry was completely destroyed, the town’s beach that was the main draw for the crowds who visited the town was actually closed. 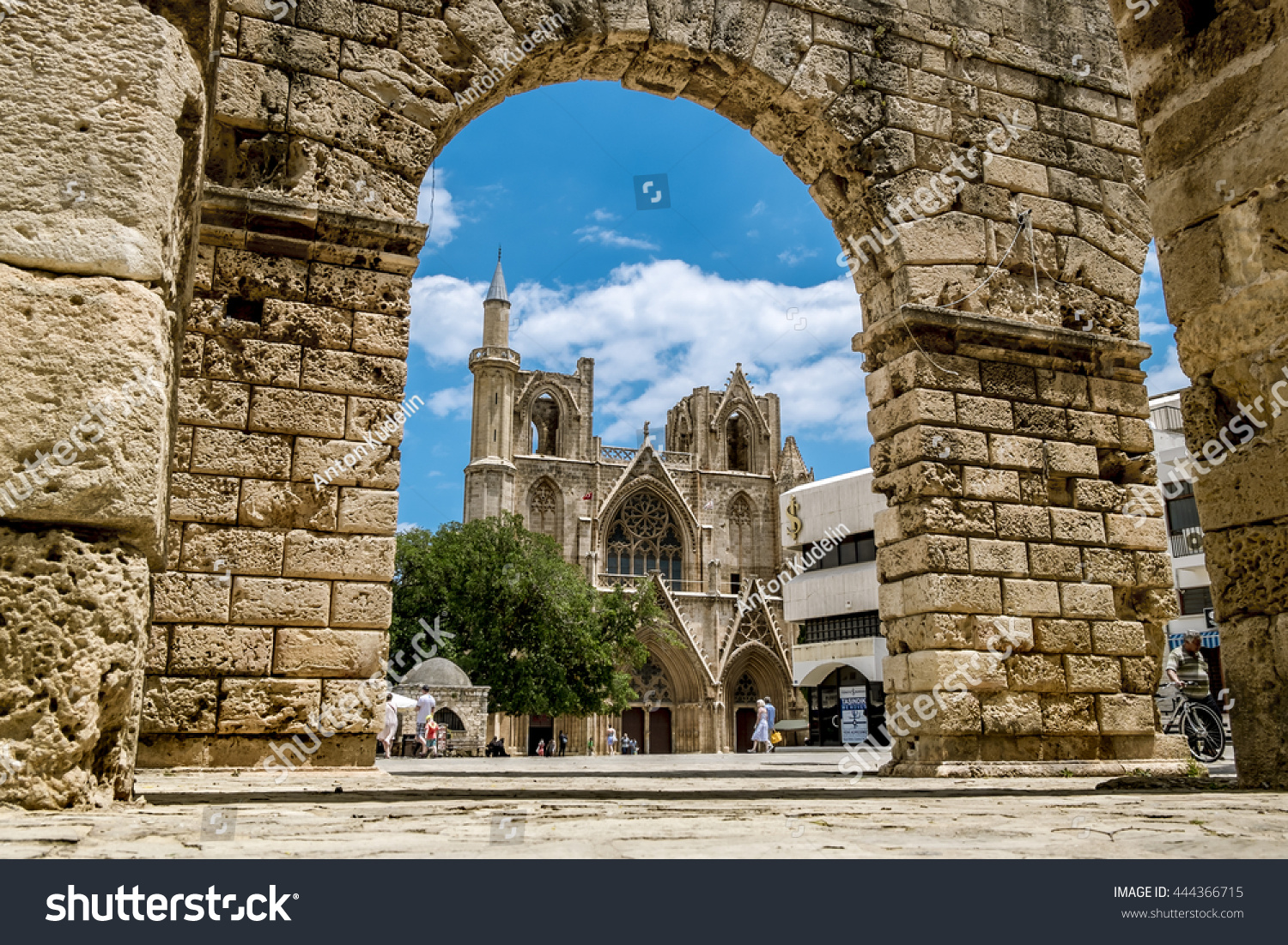 The new Korineum Golf and Country Club is nearing completion and the waiting will have proved worthwhile. This amazing 18 hole international course is situated just 20 mins from the villa!

This is one of the most exciting developments to come to Northern Cyprus designed by Arne Van Amerongen, being the first 18 hole international golf course in the north of the island. This spectacular course is the 16th course to be designed by Mr Van Amerongen.

Boasting a total of 21 holes, eighteen to play on and three dedicated training holes this spectacular new development is already attracting attention from all over the world.

The total distance spans almost 6600 yards with sculptured greens and in excess of 280 olive trees. In addition to the 21 holes you’ll also find a 30 bay driving range – just to keep you in practice! 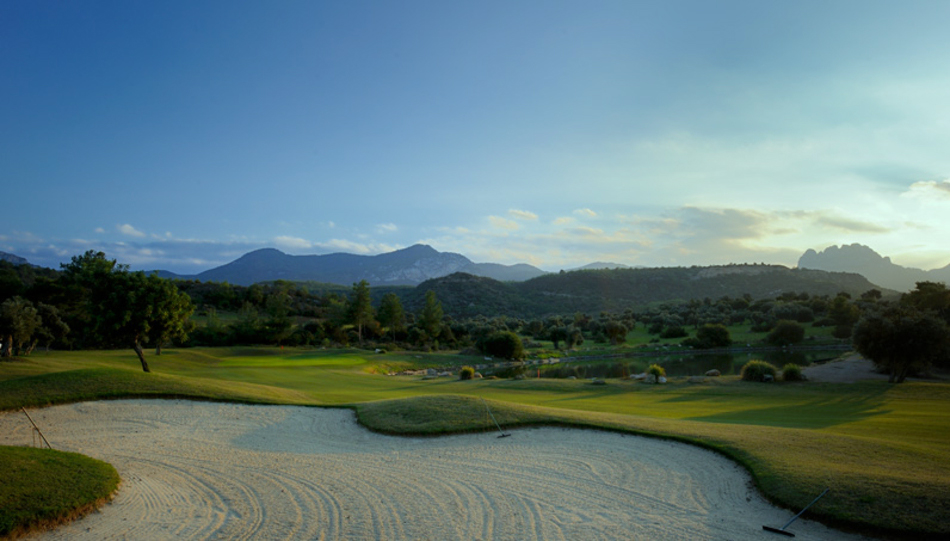